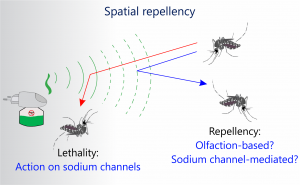 For centuries, humans have used natural pyrethrum as a mosquito repellent. However, how pyrethrum repels mosquitoes and other insects remains a fundamental mystery. Furthermore, spatial repellency by volatile pyrethroids has begun to receive great attention as a control strategy against malaria in African and around the world. Again, the molecular mechanism of pyrethroid repellency remains elusive.

We recently discovered that pyrethrum is perceived by specific olfactory receptors in Drosophila melanogaster (a model insect) and Aedes aegypti mosquitoes. Furthermore, activation of sodium channels by pyrethrum also contributes to repellency in mosquitoes. These results suggest the mechanisms of pyrethrum repellency involve the activation of multiple neural circuits at both peripheral and/or central brain levels.

To identify olfaction-dependent and olfaction-independent pathways that drive pyrethrum-mediated avoidance behavior, we are using CRISPR-Cas9 to manipulate the expression of ion channels and olfactory receptors, and functional imaging to monitor neural activities and behavioral assays to evaluate repellency. This line of research provides an excellent opportunity to study olfactory signaling from genes to neurophysiology and to behavior. In addition, the identification of pyrethrum-responsive olfactory receptors could provide a new platform for screening for new mosquito repellents. 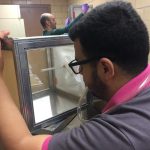 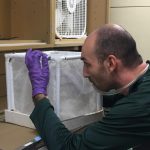 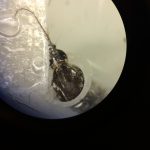