Pyrethroid insecticides are synthetic derivatives of pyrethrum, a natural insecticide from Chrysanthemum species. Their insecticidal activity results from the disruption of the function of voltage-gated sodium channels. Pyrethroid insecticides are widely used to control many medically and agriculturally important arthropod pests and, due to their low mammalian toxicity, are the major class of insecticides that are approved for global use in insecticide-treated bednets for malaria control due to their low mammalian toxicity. The intensive use of pyrethroids, however, has led to the development of resistance to these compounds in many insect populations. 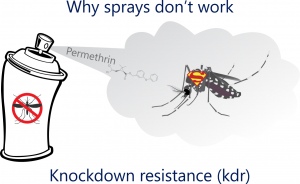 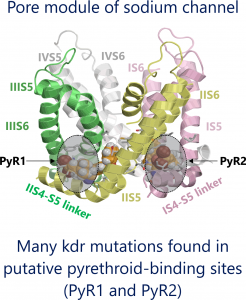