In insects, there is an ion channel that shares close sequence similarity to the canonical sodium channel. In fact, when the gene was cloned from Drosophila melanogaster three decades ago, it was named Drosophila Sodium Channel 1 (DSC1).  However, our functional characterization of DSC1-family ion channels in Xenopus oocytes showed that they encode a novel voltage-gated Ca2+-selective cation channel with gating properties distinct from those of classic sodium or calcium channels. 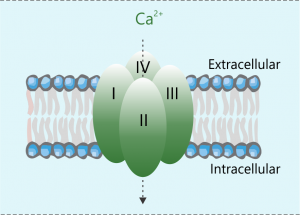 We have since generated DSC1 knockout lines in D. melanogaster and found that the DSC1 channel plays a unique and important role in modulating the stability of neural circuits, particularly under environmental stress, such as heat shock and starvation, and exhibit defects in olfaction. Interestingly, the DSC1 family of cation channels appears to be unique to insects and a few related invertebrates, but not in mammals, and are therefore an excellent target for the development insect-specific chemicals (repellents, attractants or insecticides) that may be particularly safe to mammals. 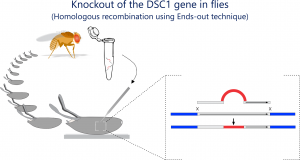