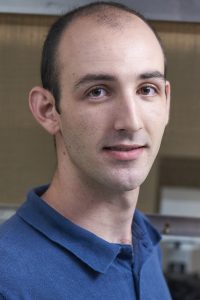 Dr. Felipe Andreazza, currently Associate in Research, joined the laboratory of Prof. Ke Dong at Duke University since its opening, in September 2020. His current academic degrees are: Technician in Agriculture (2010) (IFRS-Brazil), Bachelor in Agriculture Engineering (2015) (UFPel-Brazil), Master of Science in Entomology (2017) (UFV-Brazil) and Doctor of Science in Entomology (2021) (UFV-Brazil).

Felipe has a long-term commitment with insect science being involved in researches in entomology science for over a decade. During his undergraduate, most of his experience was acquired at the Entomology Lab of the Brazilian Research Company (Embrapa Clima Temperado) and at the Acarology and Plant Resistance Lab. of UFPel, but he had also worked in laboratories at the University of São Paulo-Brazil (2 months), University of California, Davis (14 months), and Federal University of Viçosa (3 months). During his Ph.D., Felipe worked 2 years as visiting scholar at the former Lab of Prof. Ke Dong, at Michigan State University, where he developed his thesis “Physiological and molecular basis of spatial repellency mediated by pyrethrum and pyrethroids in Aedes aegypti”.

Although he had mostly worked on development of insect rearing techniques, understanding agricultural pest biology, behaviors and its interaction with insecticide or other environmental stressors, he was always fascinated by insect physiology and neurobiology. It was during his Ph.D. that he could learn and advance his knowledge in understanding how behaviors are driven by neural system and how those interplay with the scenario of multiple stressors, such as insecticides. In addition to general insect biology and rearing maintenance, his current expertise in terms of techniques include electrophysiological recordings (Two electrode voltage clamp, Electroantennogram-EAG and Single Sensillum Recording-SSR), behavioral analysis (Spatial repellency in mosquitoes and flies), toxicology assays, and generation of mutant insects lines (CRISPR-Cas9 with flies and mosquitoes).

At Duke, Felipe interests goes in following up his current findings from his Ph.D. study. He looks forward for identifying specific Ors that are activated by repellent molecules, while pushing hard to break through the current black-box in knowledge on how activation of key ion channels in the insect nervous system can alone lead to repellency, as well as modulate behaviors in mosquitoes. Using selective chemistry, combined with molecular biology, electrophysiology and neurotoxicology, he hopes to advance the understanding of complex behaviors in mosquitoes that can be useful for mitigation of vector-borne human diseases.

The harder the goal,  sweeter the achievements.